The Caribbean Coast of Costa Rica 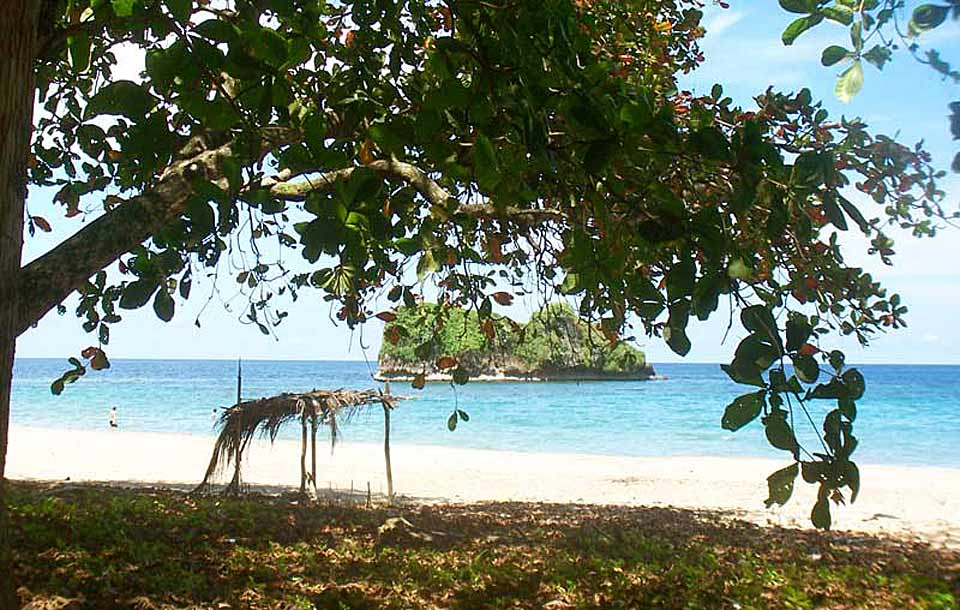 The southern Caribbean coast of Costa Rica is completely free of hurricanes. At 9 degrees north of the equator, there is no need to worry about hurricanes!

The Caribbean coast is the heart to the rhythms and beats of calypso music. The houses are all unique with their bright contrasting colours which remind us of the vivacity of the afro-Caribbean culture. The smell of coconut is never too far…. The specialties are fish with coconut, rice and beans cooked in coconut milk…

This part of the country is made up of (from north to south) Tortuguero, Limon (capital of the Province of Limon), Cahuita, Puerto Viejo, Cocles, Punta Uva and Manzanillo.

Tortuguero, which translates to “Land of the Turtles”, is located on the northern Caribbean side of Costa Rica, bordered by Nicaragua. It is approximately 90 miles northeast of San José. Accessible only by air or water, it has a few shops and restaurants and is sustained primarily by eco-tourism. The region is the most important nesting site in the entire western half of the Caribbean for the green turtle.

Tortuguero airport is tiny but still welcomes tens of thousands of travellers from around the world each year. To get there by boat you must first go to Moin where there is secure parking, if needed. Tortuguero has no cars or buses, no horns or fumes and very little noise except for people going about their daily lives.

The village is situated adjacent to the 47,000 acre Tortuguero National Park, which is part of the larger Tortuguero Conservation Area. In addition to the park, it encompasses several other wildlife refuges and protected zones in the province and has been designated a wetland of international importance under the Ramsar Convention.

The area offers a unique mix of lush lowland rainforest, mirror-surface black-water canals and rivers, the volcanic Cerro Tortuguero and stunning, secluded Caribbean volcanic sand beaches. The park has over 400 trees species and 2200 other plants.

There are four types of turtles that make Tortuguero their nesting ground – the leatherback turtle (which is the biggest of the sea turtles), the green turtle (which are most commonly found in the park), the loggerhead turtle, and finally the hawksbill turtle.

The park is home to endangered jaguars, tapirs, manatees and monkey species. Other wildlife includes caiman, sloths, monkeys, bats, iguanas, crocodiles, kinkajous and zorros as well as an amazing diversity of fish, insects, amphibians and reptiles.

The capital, Puerto Limon, is an extremely hectic place with lots of traffic, lots of people, lots of noise and pollution. You can find pretty much everything there – you just have to know where to look. All the major banks and supermarkets are located there too.

Limon is a mixture of Ticos, Rastas, Chinese, Indian people and anything in between, making it one of the most cosmopolitan cities in Costa Rica. In October each year, it is also home to the afro-Caribbean carnival.

Cahuita is located 43 km from Limon and exists since the mid 18th century and is probably the most laid back village of the Caribbean coast. It is a small village and boasts of one of the most beautiful national parks of Costa Rica and is the only one that is totally managed by the locals. There are kilometres of white-sand beach along the park and the coral reef. It was damaged during the 1991 earthquake but is rapidly returning to its former grandeur with many varieties of corals, seaweed, molluscs and brightly coloured fish.

Cahuita is a great place to experience the afro-Caribbean culture and music. Calypso and reggae sounds are always floating in the air. It is also a small fishing village, making life very tranquil, much to the delight of the locals and expatriate community. There are lots of typical houses painted vivid, bright contrasting colours.

The village has many excellent restaurants.

Puerto Viejo is 23 kilometres from Cahuita and considered to be the hip place of the Caribbean coast. Once a small village, it is more like a city these days and it has many bars, restaurants and hotels and it is a major tourist destination in Costa Rica. Puerto Viejo is known for its beaches, surfing and exciting night life. Most tourists opt for the quieter villages south of Puerto Viejo.

This area is far more beautiful and tranquil. Cocles beach is home to an annual surfing competition and Punta Uva beach with its many small bays and turquoise water is picture perfect. There are many tropical spas and excellent restaurants hidden in the rainforest. You will also find many restaurants along the main road into the villages. Manzanillo Wildlife Refuge is a must-see with kilometres of white-sandy beaches and abundant fauna and flora. Although these villages are not as busy as other places in Costa Rica, you will still be able to find supermarkets, high-speed internet places and gorgeous cabinas.

It has been calculated that there are some 45 different nationalities living in the area between Cahuita and Manzanillo. People from The Netherlands, U.K., Italy, U.S.A., Spain, France, Canada and various other countries are involved in a multitude of businesses although most of them are tourism related, like restaurants and small hotels.

The Gandoca Manzanillo Wildlife Refuge is located in one of the most beautiful regions of Costa Rica. Located just a few kilometres north of the Panama border in Talamanca County, this wildlife refuge protects some the region’s most endangered flora and fauna. This refuge is classified as a humid tropical rainforest and also nurtures the only natural mangrove oyster beds found along the reefs of the coast.

Surrounding several rare habitats like a lowland rainforest, a wetland and a mangrove swamp, the Gandoca Manzanillo Wildlife Refuge also safeguards the only orey and jolillo palm swamps in Costa Rica. This wildlife reserve is very important from an ecological point of view because it contains the only intact mangrove swamp in the Atlantic, and the primary lowland small rainforest found here is the only one of its kind in the region. A unique habitat, this reserve includes a 10 kilometre beach strip, a 740 acre forest, a coral reef and two swamps. The Gandoca Manzanillo Wildlife Refuge is also the nesting area for several species of turtles, manatees, crocodiles, caimans, tarpons and dolphins. The turtle nesting season here lasts from March to May.